My friend’s baby started to crawl at six months. My boy is almost eight months, and he hasnt shown any interest in crawling. Should I be worried?

It is never a good thing to make comparisons. Some babies start crawling as early as six months, especially if they’ve spent lots of supervised playtime on their tummies. Typically babies start crawling closer to nine months. More babies are starting to crawl later these days because of less time spent on their tummies, and then there are some babies who never crawl at all! They simple get up one day and start walking, much to the surprise of their parents. Those babies who decide not to crawl are limited in mobility for only a short time, until they figure out how to pull themselves up, how to cruise from the chair to the coffee table and to the sofa. Then they finally start walking. In fact, many babies who never take to crawling end up walking earlier than proficient crawlers who are happy for months on all fours.

There are different styles of crawling. Shuffling along on the tummy is usually a precursor to crawling on hands and knees.

Many babies begin crawling by going backwards or sideways, and don’t get the hang of going forwards for weeks.

Some scoot on one knee or on their bottom and others travel on hands and feet, a stage that many babies reach just before walking. The way your baby gets from one point to the other is much less important than the fact that he’s making an effort to move about independently.

However, if he is not using both arms and legs equally (both sides of his body), please check with your doctor.

Some babies don’t crawl because they have not had the chance, for example he has been in a cot or push chair, or he has been lying on his back. This way he won’t learn to raise himself up on his hands and knees. Be sure that your baby spends plenty of supervised time on the floor on his tummy (don’t worry about dirt as long as the floor has been swept free of small particles and dangerous obstacles.) To encourage him to move forward, try putting a favourite toy or a shiny something a short distance infront of him. Do remember to protect his knees, even a soft carpet tends to be scratchy on soft skin and might even discourage him to crawl. Wean him from the stationery walker if he’s using one, and limit playpen to times when you can supervise him.

One way or another, before you know it, your baby will be taking off – and getting into trouble – and you’ll be left wondering why you were in such a hurry. So enjoy every stage,it all goes by so quickly. 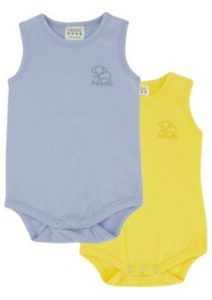